The Stinger Manta-Ray II 1850cm2 3K Carbon Front wing is the biggest of our new Gull-Wing generation of high aspect wings. This is our “Glider Wing” and has quickly become one of the most efficient gliding and pumping wings on the market. Our riders find the Manta-Ray II front wing offers super easy & early lift, as well as very stable platform. “Awesome Glider” is the word.

Who’s the Manta—Ray II for ?

The Manta-Ray II 1850cm2 wing is designed to be be our easiest wing for any level of rider. Ideally for heavier riders looking for easier lift and all riders in lighter wind or smaller rollers. The Manta-ray II is an awesome wing to dock start & pump, glide for miles behind the boat or SUP in small surf.

Same hole pattern as the Devil-Ray, easy to mount to the Stinger fuselage so you can switch out and be back on the water in minutes.

The Manta-Ray II front wing is a gliding machine. The wing is a 3k Carbon gull wing shape with a 990mm wing span, and 200mm cord length. The shape is similar to the amazing Devil-ray, with a flatter wing tip design. This will provide easier lift for heavier riders and incredible glide. It’s not designed for speed, it’s a low wind high aspect front wing, combined with the D44 rear stabilizer you’ll be gliding everywhere.

The wing connection to the fuselage is with 3 x 6mm, 25mm screws. 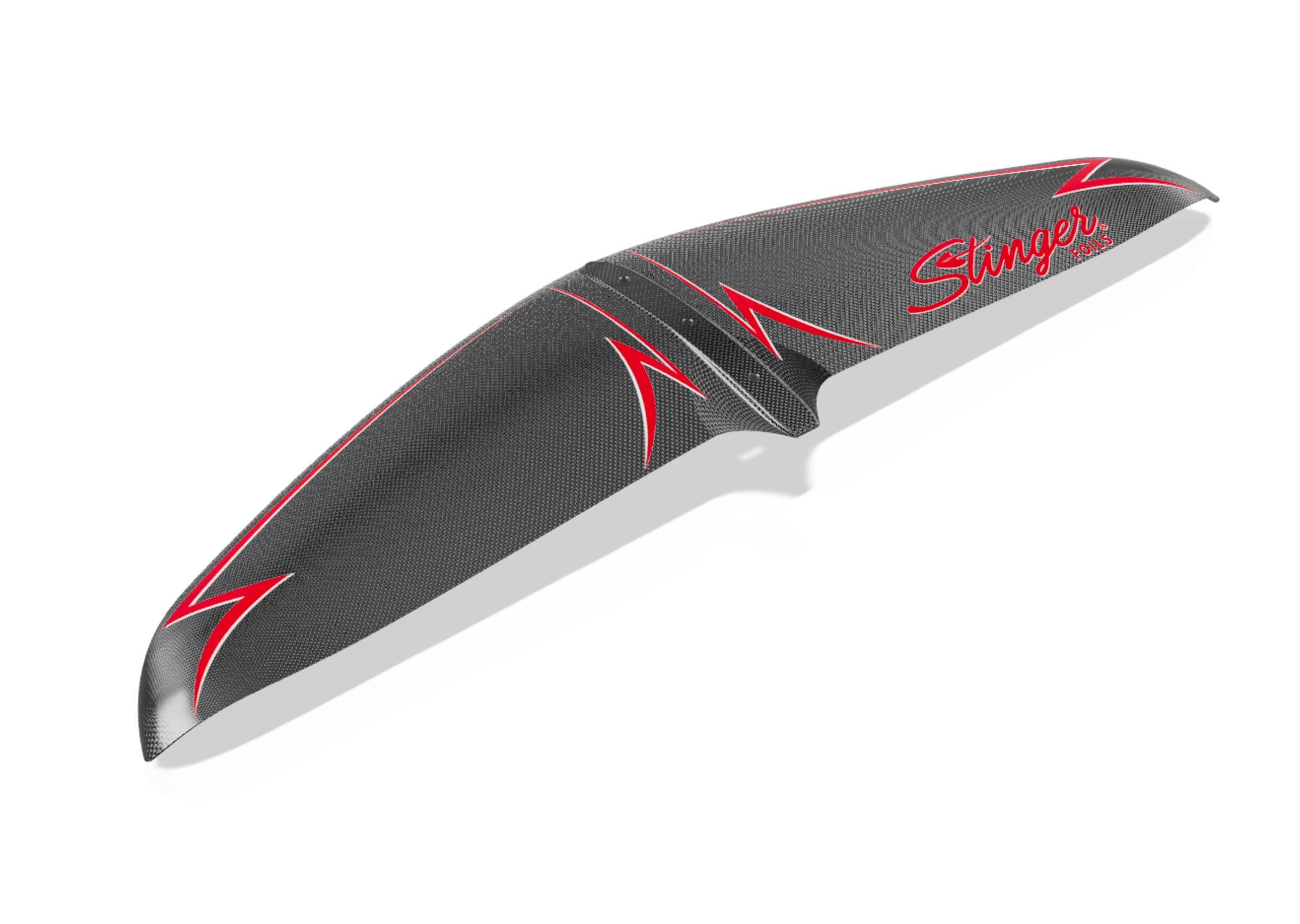